Minerals are present in the natural environment, they can be found on both the surface and underground. Ores are a form of rock, they contain minerals with metal elements (Dunee, last updated April 2012). The difference is that minerals are made up of chemicals whereas ores contain 2 or more minerals. Minerals are usually extracted by having the iron ore being first blasted and dug up from open pit mines. The ores are then transported to crushing and screening plants. (Geoscience Australia, last updated not stated) 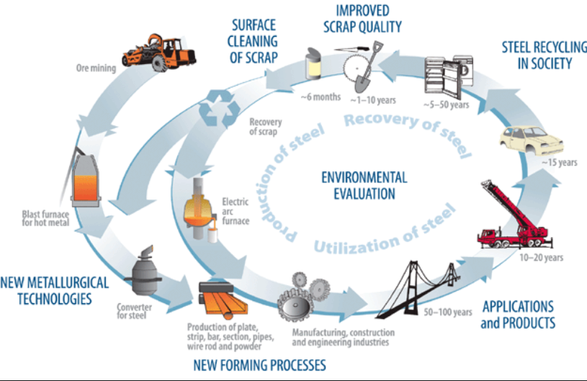 Iron is used frequently in cooking tools such as ovens and microwaves. They are also used in buildings, bridges, skyscrapers and many others. A lot of vehicles use iron including automobiles, aircrafts, ships, heavy carriers, and heavy machinery. (Uses Of, last updated not stated)